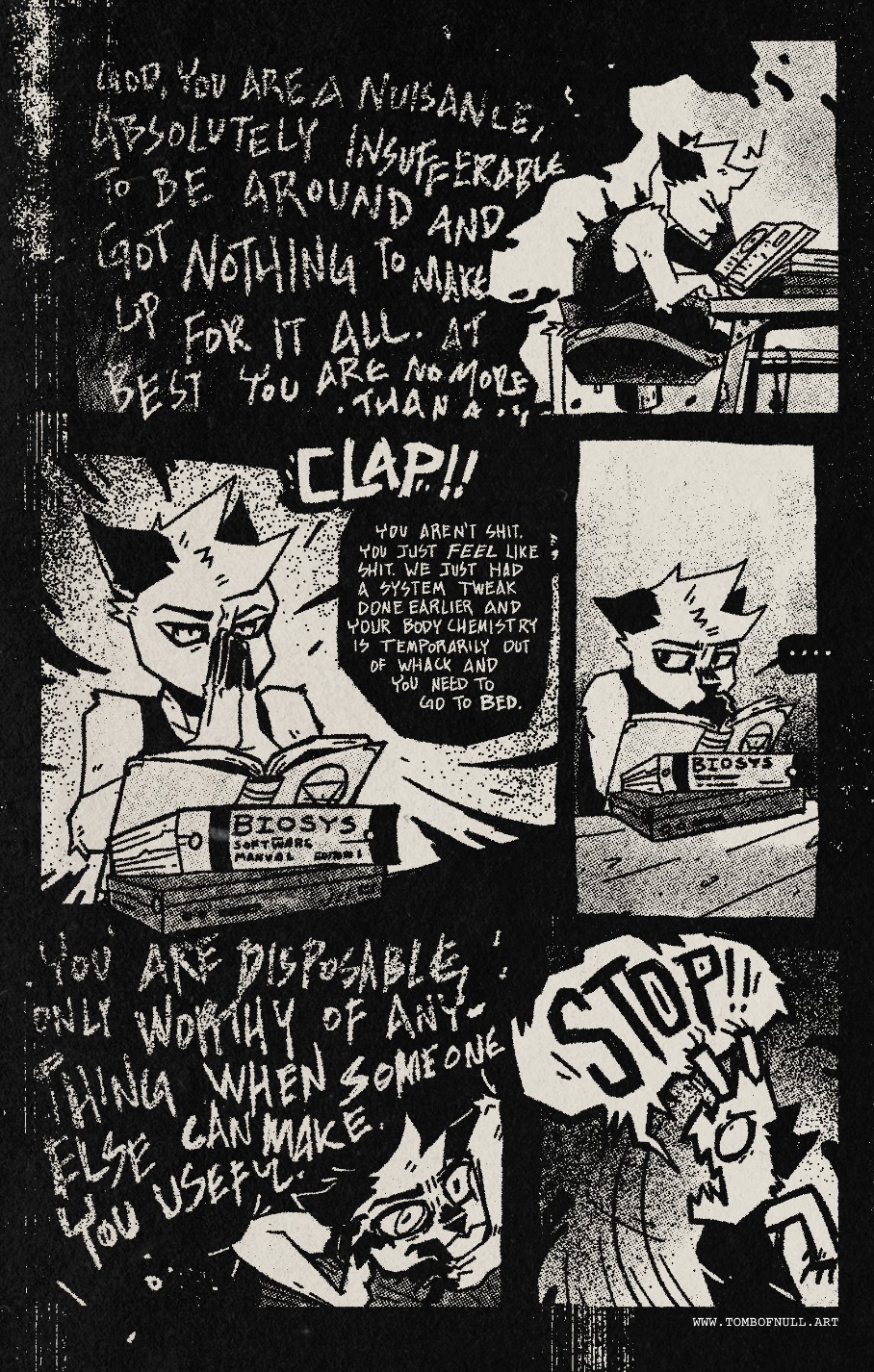 This is part of a larger body of work that, as of this writing, I don’t have a dedicated page for yet, but when I do, you can find more here.

Panel 1:
Stranger, an anthro cat-like being, is hunched over a desk with an open book propped up against other books and a laptop-like device. Their spine has several odd protrusions poking out. They are clearly frustrated with the negative thoughts buzzing through their head, represented by a looming dark text bubble encroaching on them.

Internal thoughts: “God, you are a nuisance. Absolutely insufferable to be around and got nothing to make up for it all. At best are nothing more than (text garbles)”


Panel 2:
They interrupt their thoughts with a sudden “Clap!” of their hands. Their hands are pressed together in front of their nose, their face showing the frustration they are trying to contain. On the desk are the books and device shown in the previous panel. The open book’s cover only has a minimalist symbol. The other book’s spine reads, “Biosys Software Manual”. Stranger attempts to sternly reassures themselves,

”You aren’t shit, you just feel like shit. We just had a system tweak done earlier, and your body chemistry is temporarily out of whack, and you need to go to bed.”


Panel 3:
Stranger is hunched again, their gaze more anxious than frustrated, as they pause briefly while their internal dialogue ceases.


Panel 4:
Their thoughts come crashing back in, manifesting as a text bubble crushing them into the corner of the frame.

Text: “You are disposable, only worthy of anything when someone else can make you useful.”


Panel 5:
In a more simplified art style, Stranger whips around with flailing arms and an angry expression at the text bubble to dissipate it. Stranger yells,